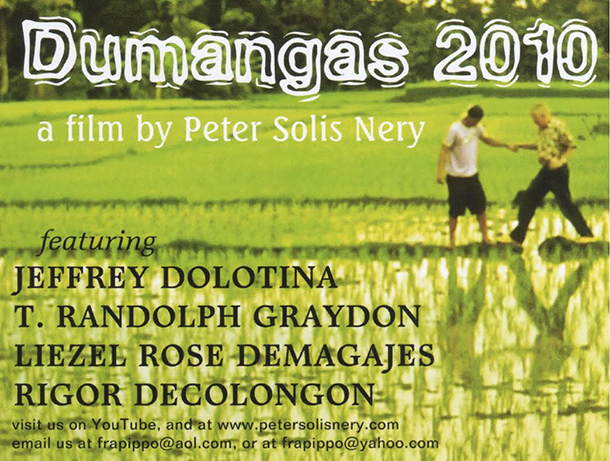 Dumangas 2010 is a 42-minute silent film by Peter Solis Nery about a gay American who develops a friendship with his married tour guide in the Philippines. Providing complications to the story are the guide’s philandering wife, and her goon-like lover. Shot in Peter’s hometown of Dumangas, Iloilo, and the beautiful Alubihod Beach in Nueva Valencia, Guimaras in September 2010, the film’s musical score was composed by Ryan Alfred Peñalosa.

A five-minute talkie version of the movie called Dabadaba: Dumangas 2010 was released, and became a YouTube sensation, in October 2010. It featured the musical score composed by Diwa de Leon.

Both films were shot, edited, written, produced, and directed by Peter Solis Nery.