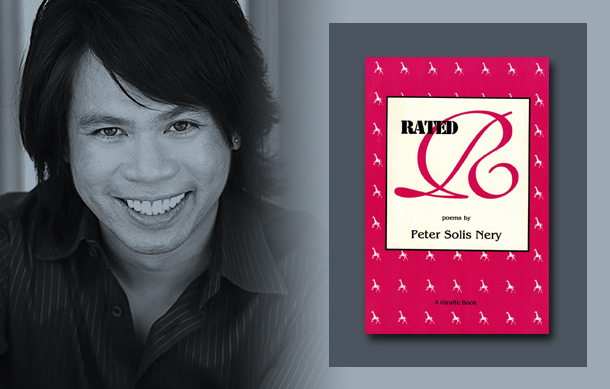 Rated R is an unusual book of poetry, written by an unusual poet, who, now in his late 20s, continues to grow and mature, as he plumbs his complex feelings and thoughts, mixed with his love for operas, Disney cartoons, French films, and nature (read his First Few Notes of a Green Symphony), spiced by a racy, sometimes irreverent sense of humor (see “At a Friend’s Ordination,” on p. 39 in this collection).

“Coming with You,” on p. 52, was originally entitled “Corning with You,” but r’s and n’s, juxtaposed on the computer, often come out as m’s. Because of the belly-exploding laughter that the last line elicits, it was decided that the final title is most apropos.

The author also proposed an alternative title for this collection (something to do with flowers) if Rated R was too daring, but the reader of this collection will surely agree with its appropriateness.

This collection, being published in a limited edition, is not meant for the very young, and the unsophisticated.